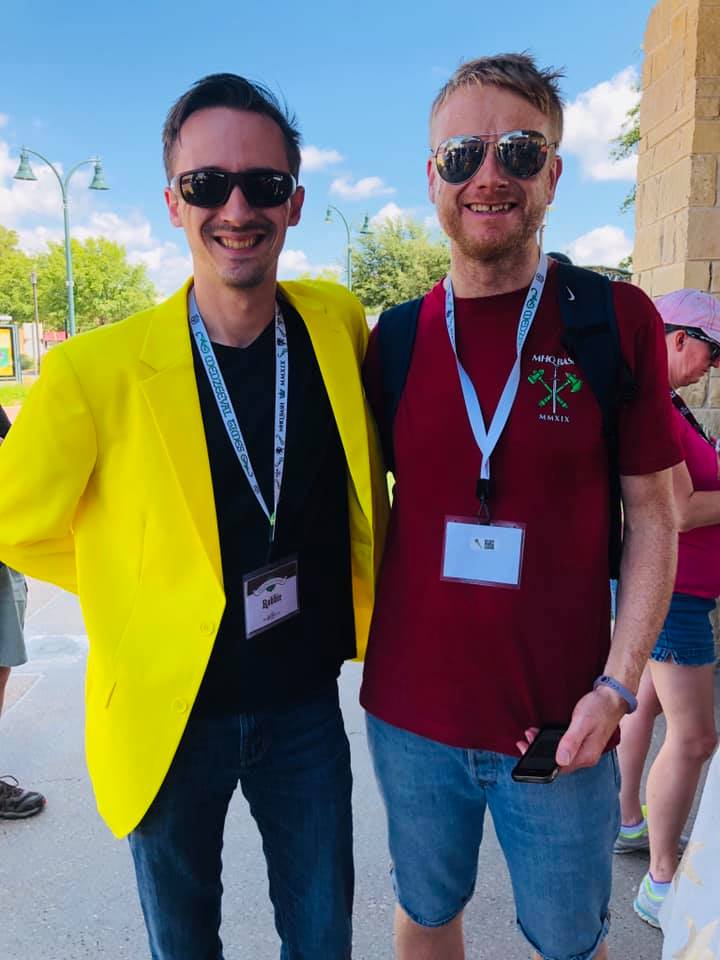 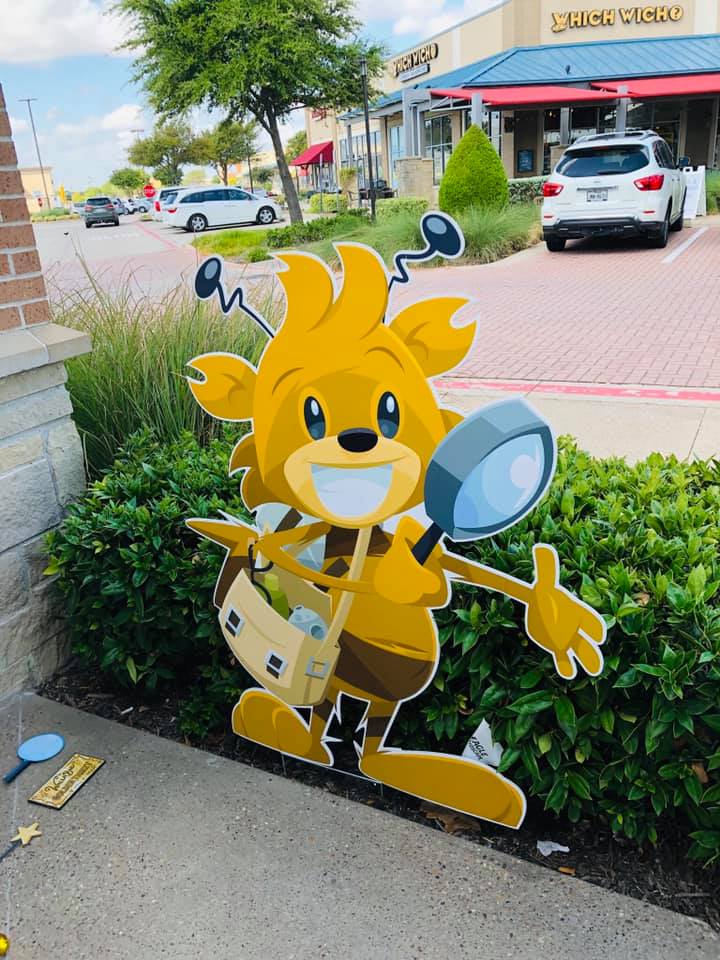 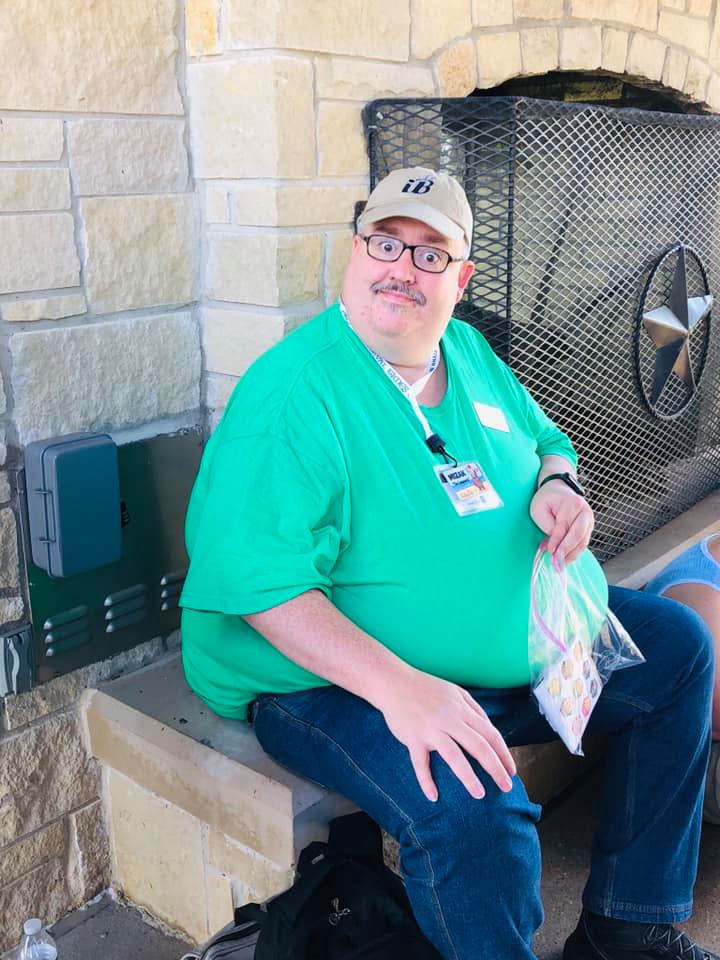 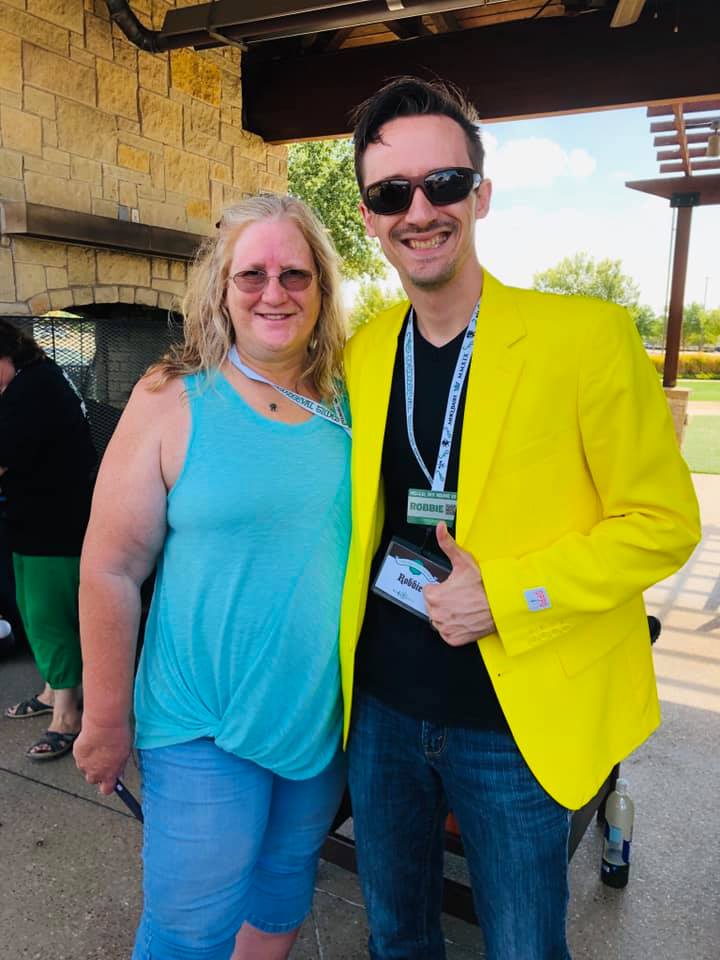 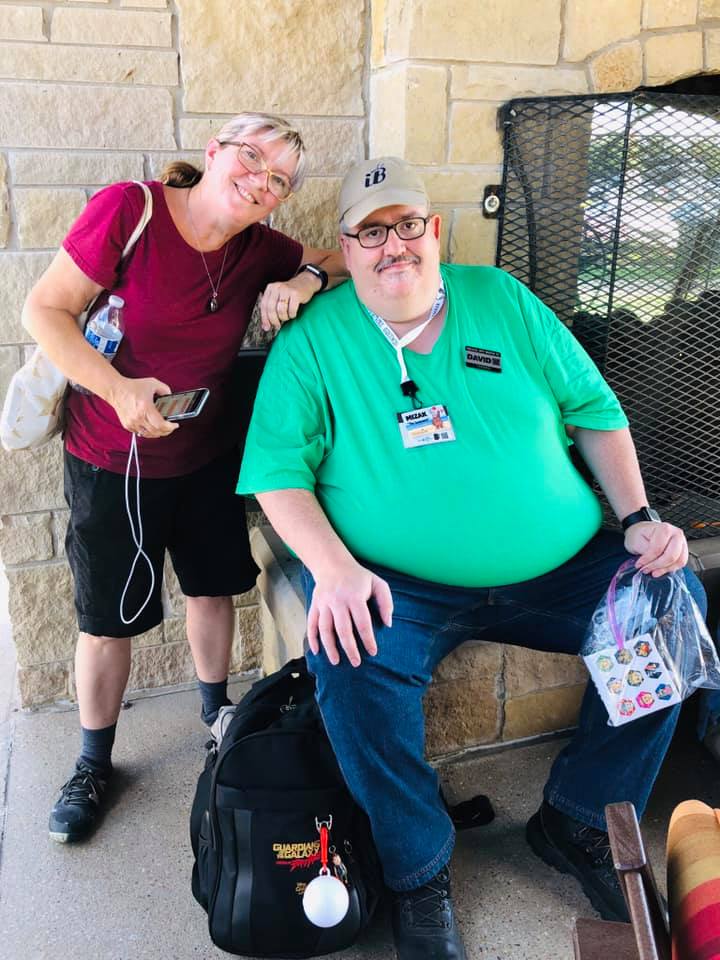 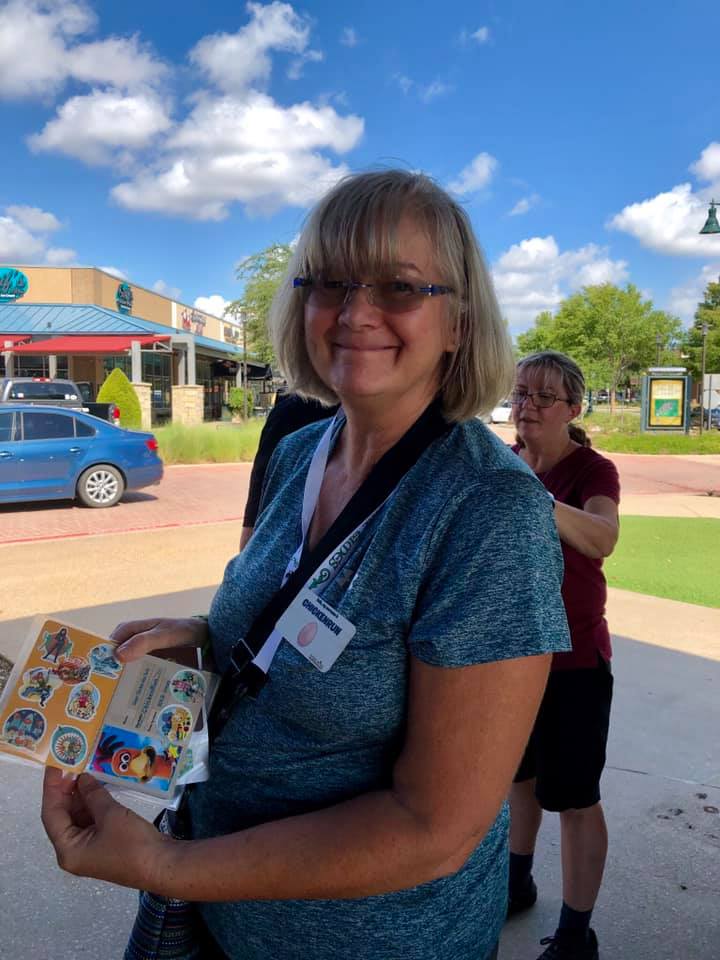 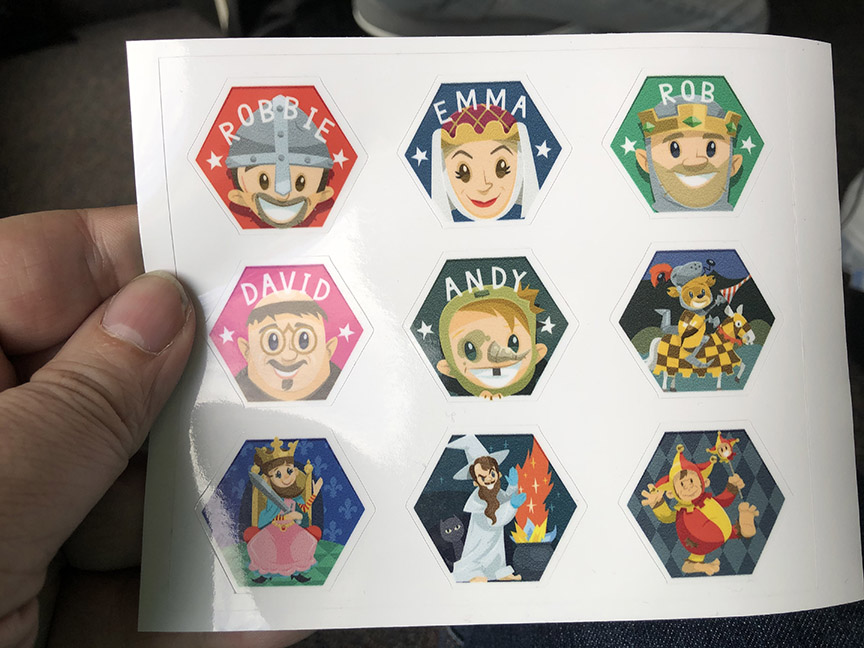 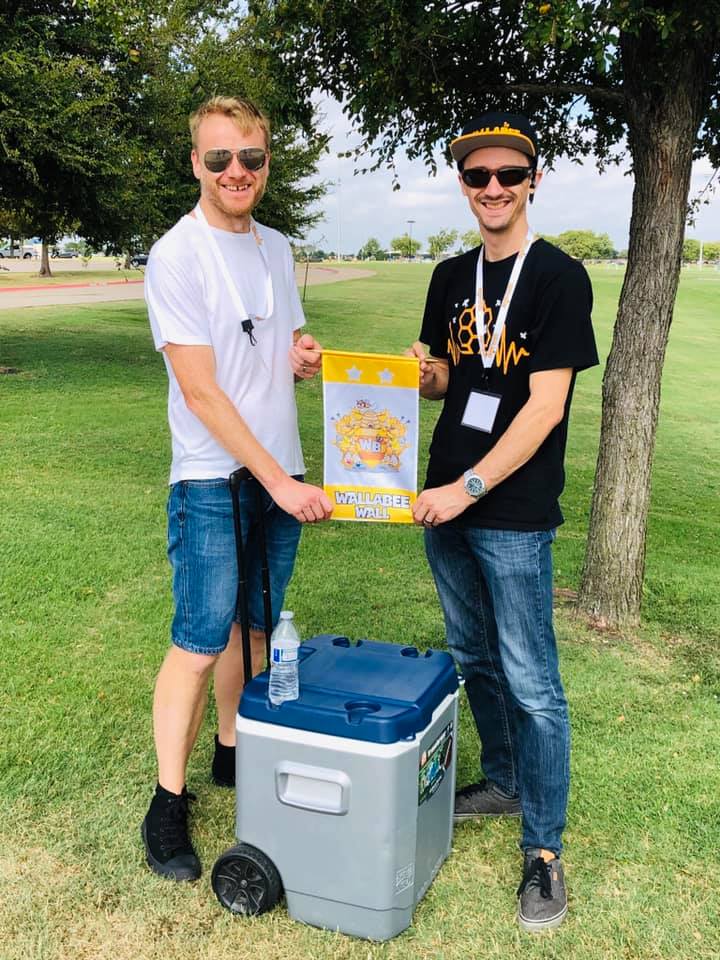 Mark your calendars, because WallaBash is just around the corner! Join us as we tag onto Munzee’s yearly event (which is MedZEEval Times themed!) for the third year in a row. It’s always a fun time getting to know your fellow players and staff. Where else can you meet Andy and Robbie in the same place?! 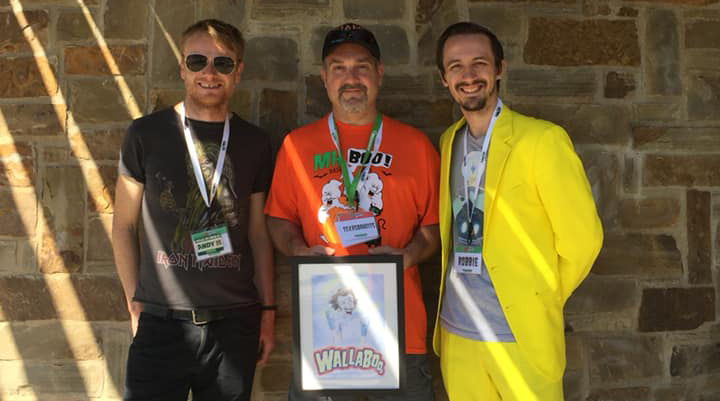 This year’s festivities will take place on Saturday, September 28th at The Grove located in The Village at Allen in Allen, Texas. You can RSVP HERE to let us know you’ll be making it out to hang with staff and fellow players! Robbie and the WallaBee Team will officially be kicking off the event at 13:00 CDT (UTC -5). The third annual event will include fun activities, such as trivia, item hide-n-seek, jouster battles, and more!

If you plan to attend WallaBash or any of the MedZEEval Times events that weekend, be sure to let us know you’re coming by purchase a FREE or paid package from the Freeze Tag Online Store by August 23 at 15:00 CDT (UTC -5). Please purchase only one package per person who will be attending.

Are you ready to join us in making new memories?! If you’re lucky, Robbie’s yellow suit might even make an appearance!

Robbie and the crew had a scary good time at WallaBoo 2018!

It’s been almost a week since we kicked off WallaBoo! 2018. Now it’s time to showoff some highlights of the event for everyone to enjoy. Players came in from near and far for this ghoulish event (shoutout to the Aussies)! Although the actual event on Saturday wasn’t very long, many players were here for the whole weekend to catch up with friends and have fun… including this familiar face… 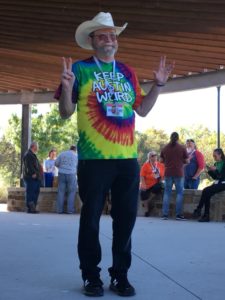 Various Walla-themed activities took place throughout the weekend, including some WallaBee trivia and ‘Trick or Treat’ item search. We were very happy to see the number of players out at this event and hope that everyone enjoyed themselves. Those who participated in the activities received some mystery boxes today after their sheets had been graded, courtesy of RedCarRobbie. However, RedCarRobbie hasn’t stopped there. He has commissioned three special Player Uniques to commemorate the effort of those who went above and beyond by not only completing the activities, but getting perfect scores. He will soon be distributing his Unique to these players for a job well done, in random order. 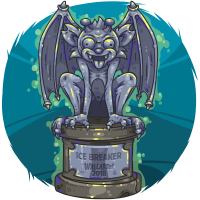 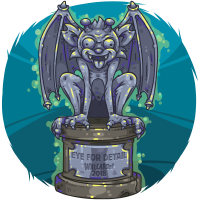 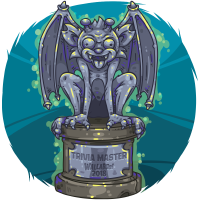 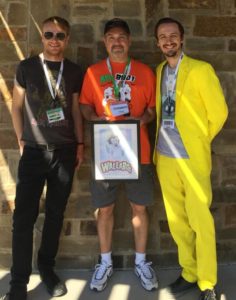 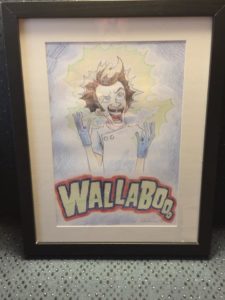 We finished up the weekend with a brief ‘jog’ at Celebration Park in Allen, TX. Saying goodbye is always the most difficult part of ending an enjoyable weekend, but we tried to catch as many WallaBee players as we could before they left. Here’s who remained until the very end. Thanks for staying! 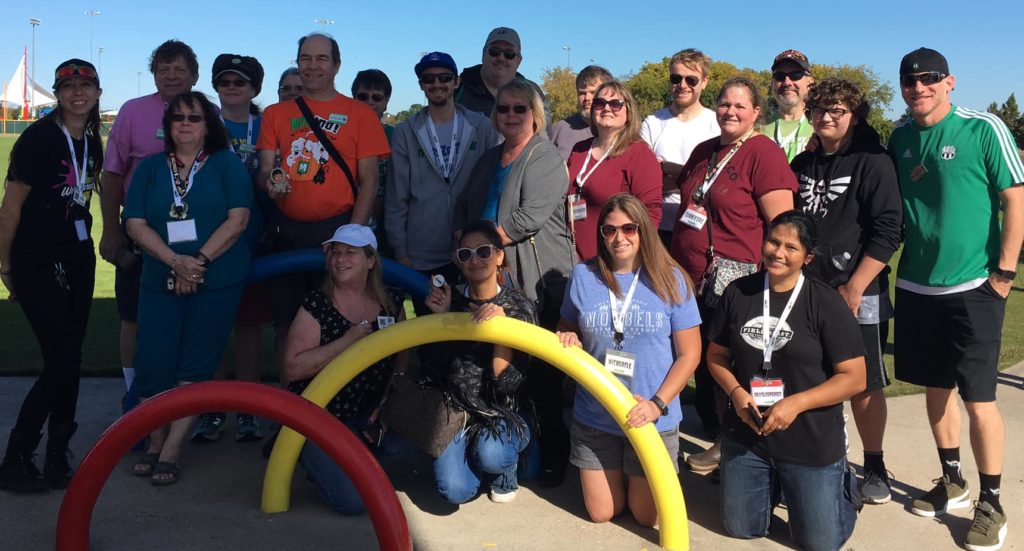 We want to thank everyone who was able to attend the event this year! We enjoyed hosting this get-together and hope you enjoyed your time with us. As WallaBee grows, we hope that you will grow alongside us. Much love from WBHQ!

Are you coming to WallaBoo! this year? Although registration is now closed, we wanted to remind you to bring your passports to the event, as special stickers will be given out FOR FREE to those in attendance with a passport. If you don’t have a passport, you will be able to purchase one at the event! Extra stickers may be made available through the online store for players unable to attend the event, quantity pending.

Speaking of stickers, if you want to purchase stickers of your personalized WallaBoo! Unique, you can order them using the PLAYER UNIQUE STICKERS option on the online store. Simply let us know in the notes that you’d like your WallaBoo! Unique ordered for pickup at the event, and we will have them ready upon registration checkin.

Should you have any questions, please let us know by emailing support@wallabeegame.com

We’re nearing yet another MHQ Bash. As this year’s event lands near Halloween, the theme is MH-BOO Bash! All events can be seen on Munzee’s Calendar, including WallaBoo! That’s right, we’ll be gathering with both new and familiar faces, October 27th, 2018. The specific location for this event is still TBA, but will remain in the surrounding McKinney area. Additional information about this event will be made available here on the blog as well as on the Event Page.

To make WallaBash even more special this year, we’re testing uncharted water. At past events, we have given a Unique Item to those in attendance, released a new Unique Item during an event, and given a special variant for a Unique Item for those in attendance… but this takes all of those ideas to the next level. In addition to the fun that’s being planned for our WallaBash event, participants will have the opportunity to purchase a WallaBash add-on to the event: Own and distribute your very own Personalized Halloween Player Unique for $50! 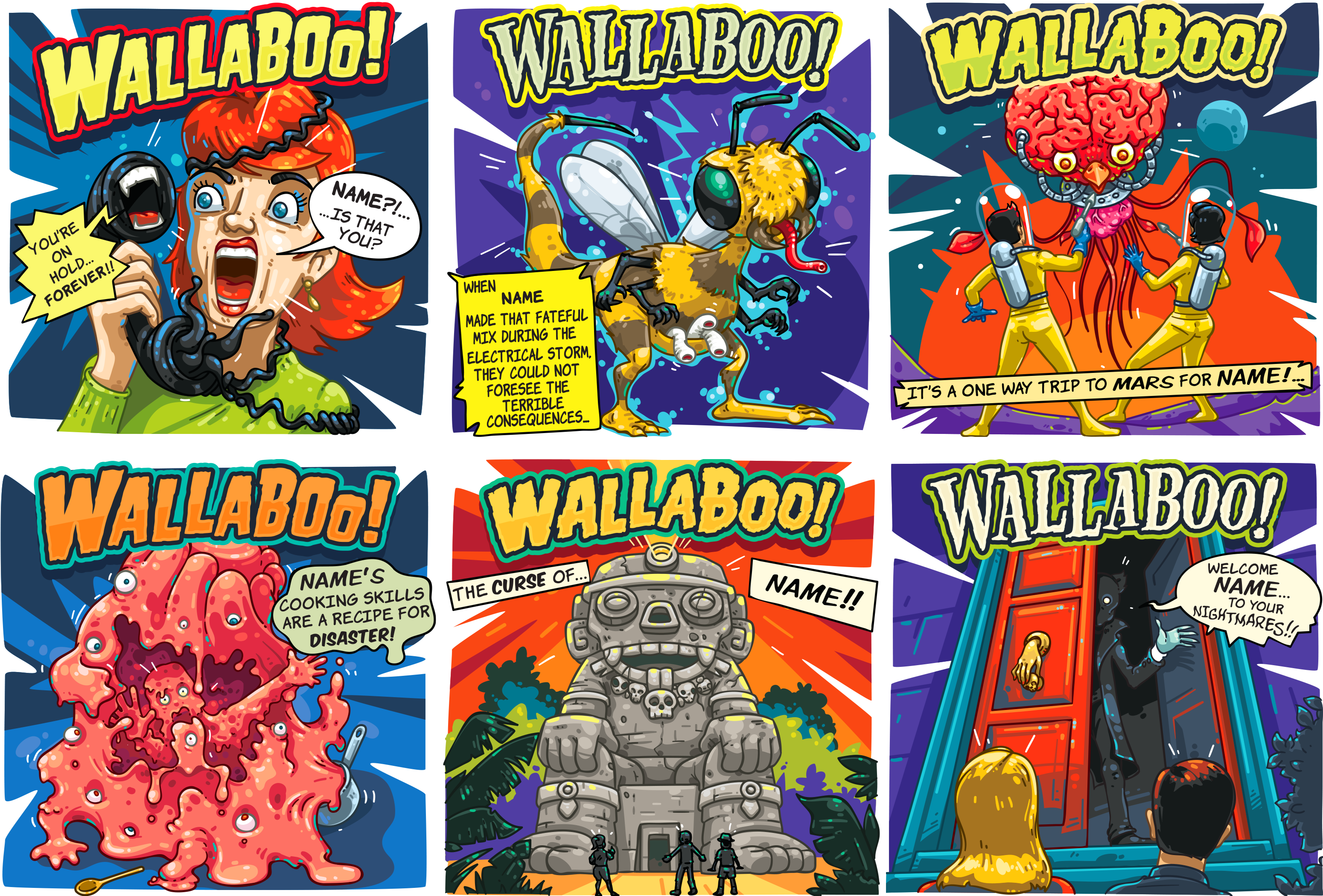 Now, in order to purchase this special Unique, you have to attend MH-BOO Bash weekend. There are Free and Paid MH-BOO Bash Packages available for signup. Please enter your Munzee Username for the registration. If you do not have a Munzee Username, you can use the username ‘WallaBee’ and add your WallaBee username in the notes.

There are six different item designs to choose from. The Player Unique will be personalized with your username in the artwork, to add that special flair and make it pop as your own! This offer will continue until September 17th at 3pm WHQ, at which point the registration offers will end. Don’t miss out on this opportunity to add a spooky Player Unique of your very own to your collection!