Christmas Crisis has just picked up the pace by a long shot. We hope that you’re managing your Pouch well during this time. Pro Tip: make sure you’re foraging between drops, to maximize your available honeycomb balance for more supplies. As the sets draw to a close, it’s going to be vital to have enough items around to complete all seven sets. There’s 112 items in total, and the completion bonus is well worth the effort. Stay with it!

From December 22nd through January 1st, Team WallaBee will be out of the office, trying to spend time with family and friends. This means that we’ll be suspending Weekly Buzz posts until the first week of January. We’ll try and make up for the missed time where we can.

Item releases will still happen during this timeframe, with a drop-free guaranteed block of time beginning December 24th – December 26th UTC. This means that drops can happen any time before 23:59 December 23rd UTC, and any time after 00:01 December 27th UTC. This should allow some much-needed recuperation time after Christmas Crisis, am I right? Spend time away from your phone, enjoying the holiday season with those you love, or spend it foraging for some much needed honeycombs… your decision!

We’re really close to releasing update 2.2.2, which will feature some requested new elements, while we work on tackling the beast… erm, forums.

BeeKeeper applications are here! If you’re interested in being a BeeKeeper from January – March, please fill out the BeeKeeper Application before January 1st. All entries will be reviewed, with the first 2018 BK team announced the first or second week of January.

With more and more Player Uniques coming out, we want to spend a respectable amount of time learning more about them.This week’s Player Unique Spotlight highlighted Light of Willpower. You can read more about this unique here. 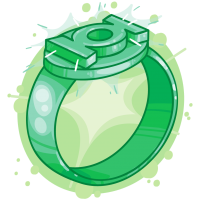 December 18th, 2014:  North Pole released, kicking off Robbie Smith’s Santa’s Workshop set. This icon was used again in a different way when we visited the workshop a second time in Christmas Crisis.

December 18th, 2015: This week two years ago, we opened up BeeKeeper applications for the first time in a long time. It would only seem fitting that we do the same again. In case you missed it above, here it is again: BeeKeeper Application.

December 19th, 2016: Players started getting nervous as we announced Cracking Under Pressure. This set highlighted the festive Christmas Cracker and all six colo(u)red Party Hats. That was definitely a day that no one participating will soon forget.

December 20th, 2012:  WallaBee’s First Christmas released with the first item: Bauble. Trivia Time: Although this set wasn’t the first to release, it is categorized as set #1. This was because WallaBee was planning to launch in 2011, but missed that date by two months, with the first official set (set #2: A Trip To The Circus) releasing along with the app in February.

I’ll probably regret this, but there haven’t been many other options to choose from this week. -sigh- Here’s Mizak, proving that he deserves his top spot on the Naughty List.