It’s time for an update on what’s going on in the world of WallaBee Development. During the past few weeks, we have been making adjustments to the app, including bug fixes, a new tutorial system for players just starting, and a few surprises. While some of these changes have yet to go into effect, as they require an app update, there have been other changes on the backend that don’t require an app update. This is what we want to discuss with y’all today.

There have been some issues with the app during the last few item releases. These have been spurred on by a few different areas of the app, but it’s mostly been the Activity page.

Q: Why is the Activity Page causing such an issue?

A: In short, we were passing too much information at once to the Activity Page. When a new item comes out, players want to see where the current number is, so that they can try and time their purchase to get a certain number card for themselves or their friends. So, when many players are requesting the same large bulk of information at the same time, the database locks up.

Q: What happens when the database locks up?

A:  Everything that WallaBee has in it comes from, and is saved to, a database. When the database becomes too stressed with gathering and saving information at the same time, it can lock up. When this happens, sometimes certain requests timeout and do not perform. Some examples of this is the lack of activity on an item when purchased from the store, the ability to purchase an item multiple times in one appearance, and the ability for two players to purchase the same item from the market at the same time.

Q: Okay, so what are you doing to fix it?

A: Right now, we are working on optimizing our API endpoints, which should speed up various areas of the app. We did some changes yesterday before the new item was released that made a certain high-traffic endpoint more efficient, but it didn’t resolve all the issues. In fact, it created new ones. We are continuously working on overcoming this obstacle for you, the WallaBee Community. We will not stop until this is resolved and functioning as it should.

A: In order to properly test the current issues, there needs to be a lot of activity happening in the app at once… i.e. a new item release. Unfortunately, this is the only way we can really test whether or not our changes are fixing anything. Based on recent feedback and our desire to keep the integrity of the game, we will not be releasing a new set item until the current issues are resolved. Instead, we will be using our good old friend: Test Item. 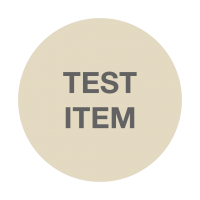 For those who have not encountered the Test Item before, it is a special item that does not appear in your pouch. It was created strictly to help us simulate a drop (with your participation).

You may see the release of a Test Item or two at various times during MHQ hours (9am-5pm CDT) over the next few days. Some releases may be teased ahead of time to get more activity, while others will be a complete surprise. The Test Item will appear in WallaStore for only a few minutes at a time. We will take record of any performance issues/breakthroughs and those who participated, and then reset the items to zero. We would appreciate your cooperation during this time and will reward those who participate with purchasing a test item.

From the entire WallaBee Team, we would like to extend an apology for those who have experienced issues with the app, specifically during the adrenaline-pumping moments of a new item release. We want to thank those who have remained patient and optimistic during the past few weeks, as we know that is has been irritating and frustrating. We have been just as frustrated as you, if not more so – we just want it to work well.